Genius Air Sanic guarantees an active sanification of air and surfaces in a fast and simple way. Its compact column shape form allows it to be moved easily in commercial and industrial environments, even of big sizes.

These modules, once hit by the air flow, produce a photocatalytic oxidation similar to the action combined in nature by UV rays, humidity and some noble metals, in which an additional molecule of oxygen (O) binds to those of hydrogen and oxygen already present in the air (H2O), generating hydrogen peroxide. Hydrogen Peroxide produced in minimum quantity by the reaction, destroys the microbial load in the air as well as on surfaces.

Traditional systems (passive) filter the air and are effective only in the air surrounding the equipment. PCO technology instead, sanitizes the air, and due to mass of the Hydrogen Peroxide it also acts on surfaces.
Play Video 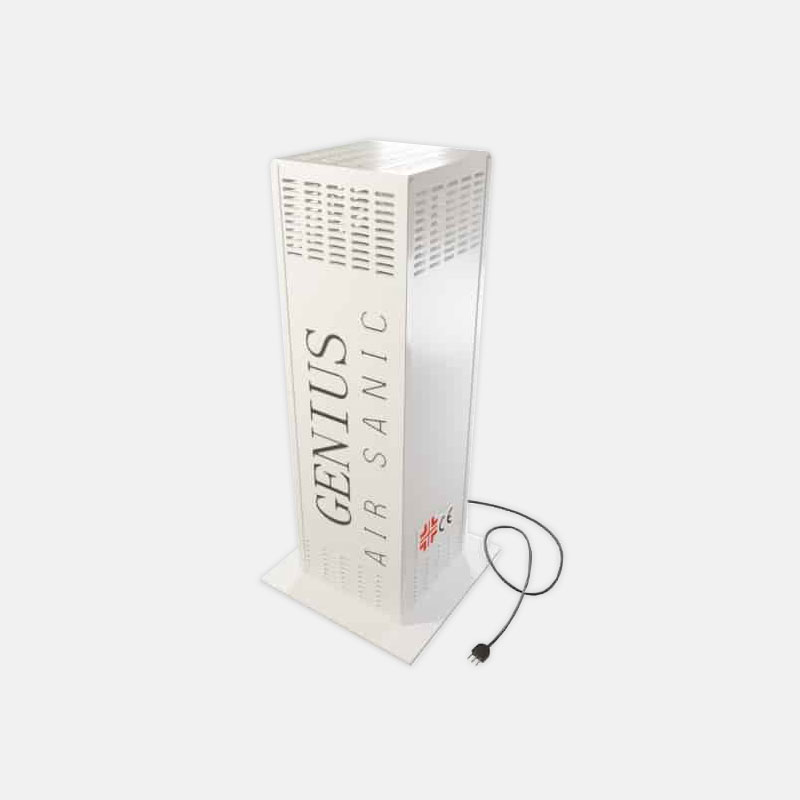